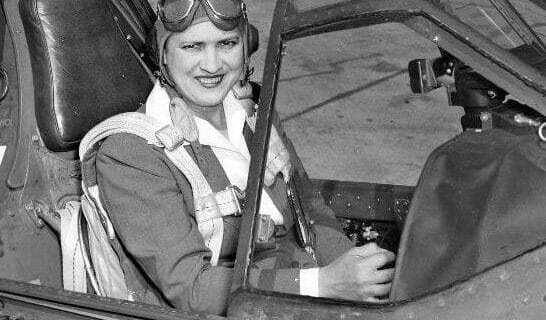 02 Oct 2021
Although she was born into impoverished circumstances in Florida in 1906, Colonel Jacqueline Cochran became one of history’s most accomplished female aviators.
She learned to fly in 1932 while working as a cosmetics saleswoman. Three years later, Cochran became the first woman to fly in the Bendix Trophy Race, which she went on to race again – and win in 1938. She set numerous records and was the first woman to break the sound barrier on May 18, 1953.
During World War II, Cochran was the first woman to fly a bomber across the Atlantic Ocean, leading to the formation of the Women’s Air Force Service Pilots (WASP) program for which she received the Distinguished Service Medal.
She received more than 200 awards during her flying career and set speed, altitude and distance records that remain to this day. She passed away in 1980 at her home near Indio, California.