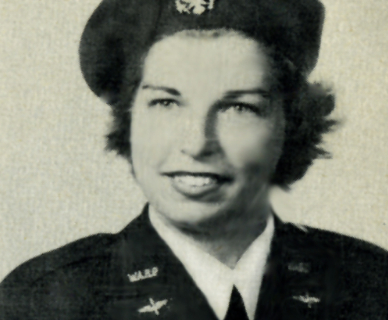 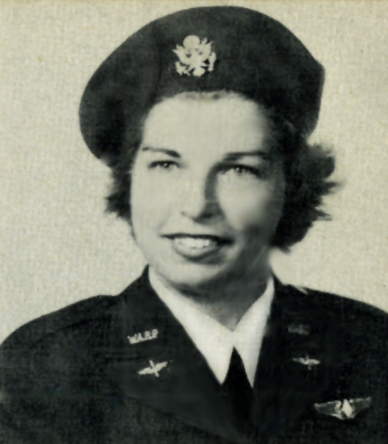 “I became interested in joining a military service available for women as World War II progressed. The only service branch which really interested me was the WASP program.” – Patricia Blackburn Bonansinga (September 10, 1921 – December 2, 2006)
After taking flying lessons in Utah, Patricia earned acceptance into the Women Air Service Pilots (WASP) training in Sweetwater, Texas. After graduation, Patricia towed targets for aerial gunnery practice flying AT-6’s, just like WASP Squadron’s “Nella.”
After deactivation, Patricia went on to enroll in a seven-month CAA course covering Morse code and aircraft communications, and later was assigned to various CAA stations in Alaska. Enduring -40 to -50 degree weather eventually lost its appeal and Patricia returned to the skies, this time as a stewardess on routes to the Far East, India and Australia.
She returned to her roots in Quincy, Illinois, later where she met and married her husband Joe.
“I have always felt my time with the WASP was a major experience in my life for which I am forever grateful.”
In her own words from WASP Betty Turner’s book, “Out of the Blue and into History”