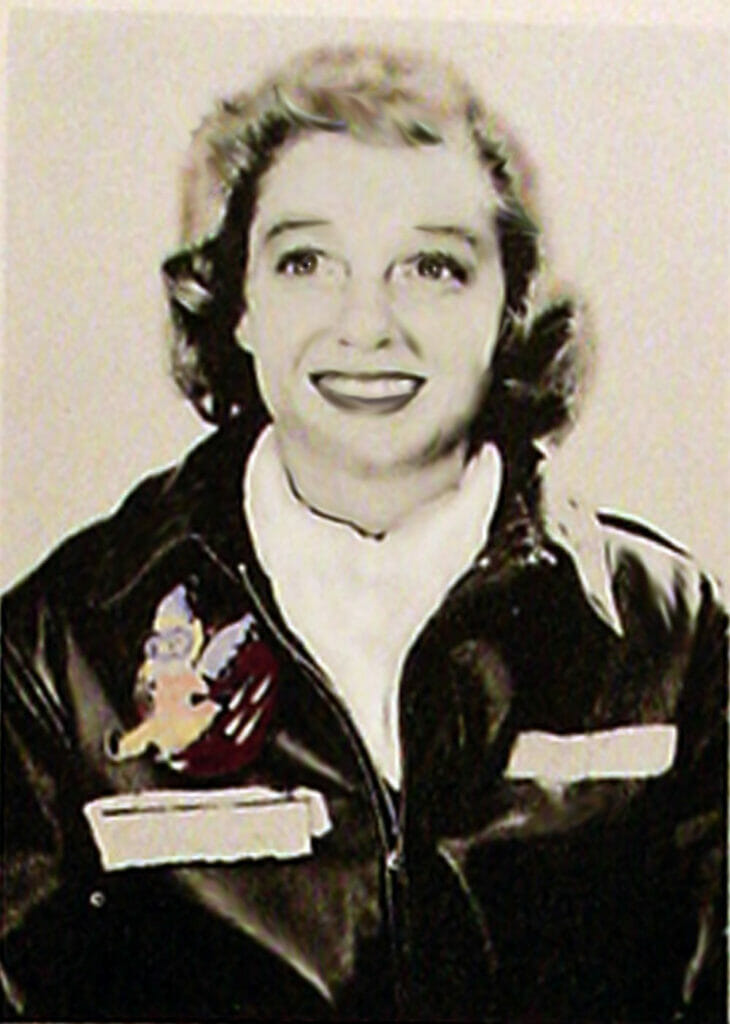 Before becoming one of the first women to fly U.S. military aircraft and earning her wings as part of WASP Class 43-W-7, Caro Bayley Bosca learned to fly in the Civilian Pilot Training Program at St. Mary’s College in Columbus, Ohio in 1941.
After completing her CPTP training, Bosca worked at Patterson Air Force Base in Dayton before her acceptance into the Women Airforce Service Pilots (WASP) Program. During her time of service, she flew the SBC Dauntless, SB2C Helldiver, AT-7, AT-11, BT-13, PT-17, P-47 Thunderbolt, B-25 Billy Mitchel Bomber, the B-26, and the AT-6 – just like WASP Squadron’s “Nella.”
In January 1945, a month after the WASP were disbanded, Bosca moved to Florida with six other WASP where they rented a house they called “The WASP Nest,” where the women each worked on obtaining their Instructors Rating.
Bosca went on to work as an instructor in Miami and Fort Lauderdale, and also began competing in aerobatic competitions.
In January 1951 at the Miami Air Maneuvers Air Show, she became the International Women’s Aerobatic Champion. Bosca also set an official record of flying at 30,203 feet in a Piper Super Cruiser with a 125 Lycoming Engine for which she received the Bleriot medal and held the altitude record until the mid-1980s.
When she wasn’t making history in the skies, Bosca was a member of the Board of Directors of the International Woman’s Air and Space Museum, a life member of the Ninety-Nines, a member of the EAA and the Aviation Hall of Fame in Ohio. She was elected to the position of President of the WASP organization, a member of the Women in Aviation International (WAI) and the Women’s Military Aviators (WMA).
Photo courtesy of WASP Final Flight. Read more about Caro Bayley Bosca here: https://waspfinalflight.blogspot.com/…/caro-bayley…