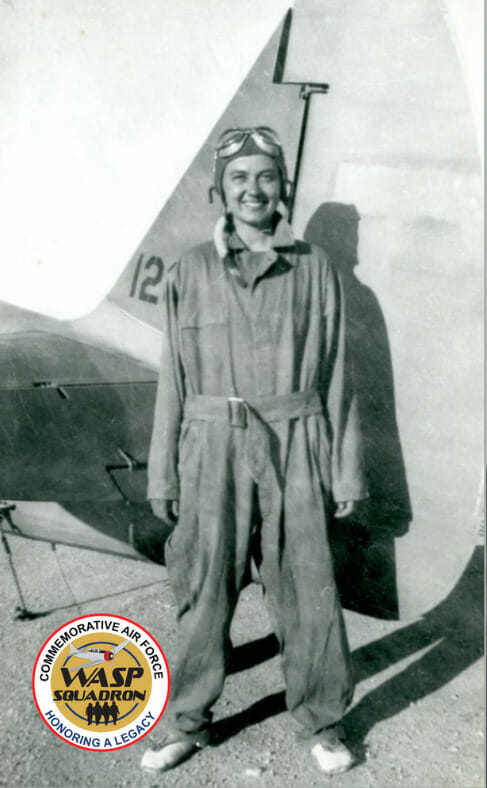 “I loved sitting under the wing of a plane hot as it was with the black top of the ramp sticky, waiting for my turn to fly.”
Born in 1921 in Lake City, MN, Ethel Meyer Finley started out as a school teacher but quickly learned she could not earn a living and have enough money left for her true passion – flying aircraft.
In the winter of 1942, Ethel received an invitation to fly for the military and reported to Chamberlain Field in Minneapolis. In March 1943, she joined the Women’s Flying Training Detachment at Avenger Field in Sweetwater, TX.
In 21 months of active service, Finley flew 12 different aircraft, and logged a total of 1,074 hours in the air before the WASP were disbanded in December 1944.
Learn more about Ethel Meyer Finley’s aviation career: http://wingsacrossamerica.us/web/finley.htm