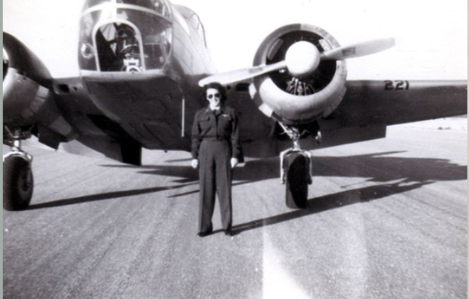 After earning her Bachelor’s Degree and her civilian private pilot’s license, Lois Maxine Dobbin Auchterlonie paid her own way to Avenger Field in Sweetwater, Texas where she began WASP military flight training.
Out of 95 female pilots who entered the 43-8 class, Lois was one of only 48 who successfully completed the six months of training and graduated. After earning her silver WASP wings, Lois received her official AAF orders, sending her to Williams Field, Arizona for duty as an AT-6 engineering test pilot. Her dedication and service, together with that of the other Women Airforce Service Pilots, released hundreds of the Army Air Forces desperately needed male military pilots for combat duty in WWII.
Read more about Lois’ incredible life and passion for aviation here: https://tinyurl.com/y45sleza